"The Trolleys" at Appalachian State University: How to Play (and Fight) like a Child

BOONE, NC - The Appalachian State University's Department of Theatre and Dance is proud to present "The Trolleys," the High Country premiere of a new play by Sara West.

(Note: the Mountain Times incorrectly stated The Trolleys would be held at the Appalachian Theatre, which is incorrect. Tickets can be purchased in person at the Schaefer Center for the Performing Arts, or the Valborg Theater box office during the week of the show. Audience members may also purchase tickets by either calling 800-841-ARTS (2787) or visiting Box Office | Department of Theatre and Dance.)

This production is being staged in the Valborg Theater with performances from October 5 through 9, 2022. Originally commissioned by the Australian Theatre for Young People and produced in special arrangement with the playwright, Sara West's The Trolleys asks the question: "What happens if you inherit a world that isn't safe?" 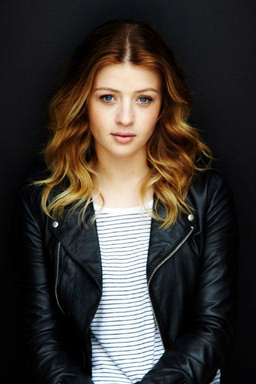 "The Trolleys" are a gang of six children living just outside a major city. They need their light jars to survive, but the lights have started fading and no one knows why. Savage Kim and her gang head towards the city and the unknown, following a mysterious song. Will they find more light before their jars go out and they become Dusters?

Set in a post-modern and fictional realm, there are many parallels to the reality audiences dwell in. Assistant Professor of Theatre, Dr. Gina Grandi, is directing the production and says, "Consider this world the metaphorical space our young people have been living in for the past five years - a world of fear and distrust, where young people are directly impacted by those in power but do not have power themselves. It is a world where the young people are left to fend for themselves and build community as best they can."

Originally produced in 2015 by PlayLab Theatre in Sydney, Australia, "The Trolleys," has cast a glow on audiences, young and old, all over the world, but is having its High Country debut production at Appalachian. Sarah West's play was intentionally chosen by the season selection committee in the Department of Theatre and Dance because it conveys several important messages. The show was written for family audiences and is appropriate for ages eight and above.

McEwen Thornton, a sophomore theatre performance major from Watertown, NY, plays a member of "The Trolleys." She has this to say on the upcoming production: "I feel it represents a diverse selection of the students in the department. There are people of all shapes and sizes, all ages, different gender identities, and so on. Everyone can find little
pieces of themselves in this show."

When questioned on what audiences have to look forward to in this production, Dr. Grandi said, "What can an audience expect? An audience can expect to laugh (we hope) and maybe cry a little (we hope). They can expect beautiful design work, impressive actor collaboration, and a little bit of theatrical magic."

Grandi references another noted playwright, Laurie Brooks, who maintains that the essential element of a TYA (Theatre for Young Audiences) script is hope. "We believe that everyone will leave this show feeling a little more hopeful."

This production runs from October 5 through 9, 2022 in the Valborg Theatre at Appalachian State University, with evening performances starting at 7 p.m. and a final matinee on October 9 beginning at 2 p.m. The Valborg Theatre is located on campus near the Belk Library and Information Commons. For parking information, see Visitor Parking.

Tickets for this mainstage production are $10 for all students, $15 for faculty/staff and $17 for adults. They may be purchased in person at the Schaefer Center for the Performing Arts, or the Valborg Theater box office during the week of the show. Audience members may also purchase tickets by either calling 800-841-ARTS (2787) or visiting Box Office | Department of Theatre and Dance.

The Department of Theatre and Dance is one of seven departments housed in Appalachian's College of Fine and Applied Arts. Its mission is to facilitate transformative experiences for students and the public, which cultivate compassionate, creative and collaborative communities through theatre and dance. The department also offers coursework for integrated learning through the arts to the general university student population. Its dynamic co-curricular production program provides exemplary theatre and dance experiences to departmental students, the university community and the region.

Appalachian State University, in North Carolina's Blue Ridge Mountains, prepares students to lead purposeful lives as global citizens who understand and engage their responsibilities in creating a sustainable future for all. The transformational Appalachian experience promotes a spirit of inclusion that brings people together in inspiring ways to acquire and create knowledge, to grow holistically, to act with passion and determination, and embrace diversity and difference. As one of 17 campuses in the University of North Carolina system, Appalachian enrolls over 20,000 students, has a low student-to-faculty ratio and offers more than 150 undergraduate and graduate majors. 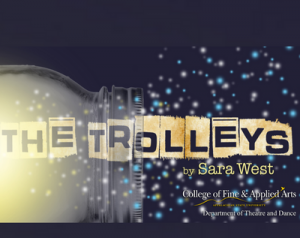 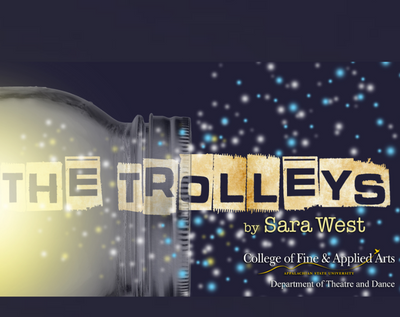