A documentary short film directed by Chip Williams and Anne Ward, two faculty members in Appalachian State University’s College of Fine and Applied Arts, was chosen as an official selection in three film festivals this spring. Williams and Ward co-directed “A Father’s Dream,” which was recently screened at the Blackbird Film Festival, the Newport Beach Film Festival and the Longleaf Film Festival.

“A Father’s Dream” tells the story of David Finck, a wood-worker based in Valle Crucis whose career was transformed by the influences of his father and daughters.

Each of the three juried film festivals had a different focus. The Blackbird Festival, sponsored by the State University of New York at Cortland, emphasizes the short film format. It was held in Cortland, New York April 20–22. The Newport Beach Film Festival, which draws films from around the world, was held in Newport Beach, California April 26–May 3. The Longleaf Film Festival, held in Raleigh May 11–12, is sponsored by the North Carolina Museum of History and focuses on films about North Carolina subjects.

Williams, who also acted as the documentary’s cinematographer, is an associate professor in the Art Department’s commercial photography program. Ward, the film’s writer and editor, will join the Department of Communication’s electronic media/broadcast program as an assistant professor in July. She was previously a lecturer in the department.

About the College of Fine and Applied Arts

Appalachian State University’s College of Fine and Applied Artsis a dynamic and innovative group of seven academic departments, bringing together a variety of perspectives, experiences and real-world education to provide unique opportunities for student success. The college has more than 3,000 undergraduate and graduate majors. Its departments are Applied Design, Art, Communication, Military Science and Leadership, Sustainable Development, Sustainable Technology and the Built Environment, and Theatre and Dance. 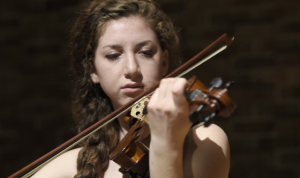 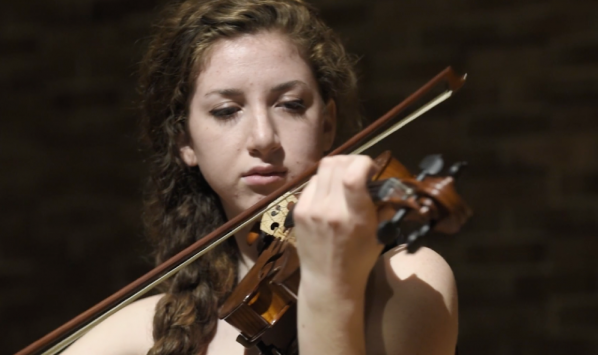 Willa FInck performs on a violin made by her father and luthier David Finck. Photo submitted