Georgia Radio Hall of Fame Career Achievement inductees are chosen through a members-only nomination and voting process. To be eligible, nominees must have been born in Georgia, and / or worked in radio in the state, and / or have been a citizen of Georgia who brought honor to the state through his / her radio career.

The nomination process is confidential, so Vallie Hill was surprised to learn he was a nominee. “I certainly didn't expect to get a call like that,” he said. “They actually contacted my office and got further information without me knowing it and the office kept it from me until I was officially nominated.”

Vallie Hill, who spent the bulk of his career as a radio programming executive, came to Appalachian in 2005 and is still very active in the industry. His affiliation with the Department of Communication and WASU, the student-run radio station, prompted the creation of the Kellar Radio Talent Institute, a farm system for students interested in pursuing a career in radio. The institute was his brainchild and has led to the National Radio Talent System, the umbrella company for the six institutes around the country.

Vallie Hill believes it was primarily his contribution through the National Radio Talent Institute that drove his nomination and subsequent induction. He’s just happy to give back. “Most broadcasters will tell you radio is a special industry and that they love going to work every day,” he remarked. “Why wouldn't anyone want a career they can say that about?” 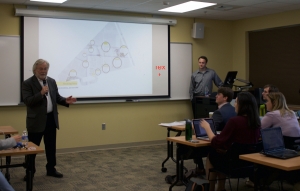 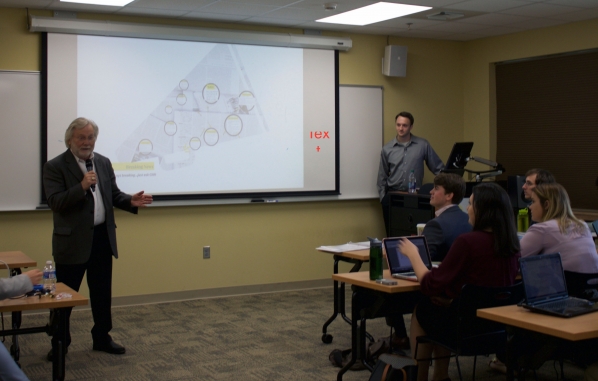 Dan "Vallie" Hill speaks to students at the 10th annual Kellar Radio Talent Institute in May 2016. Photo by Meghan McCandless